A Church Is Only Sacred To Believers 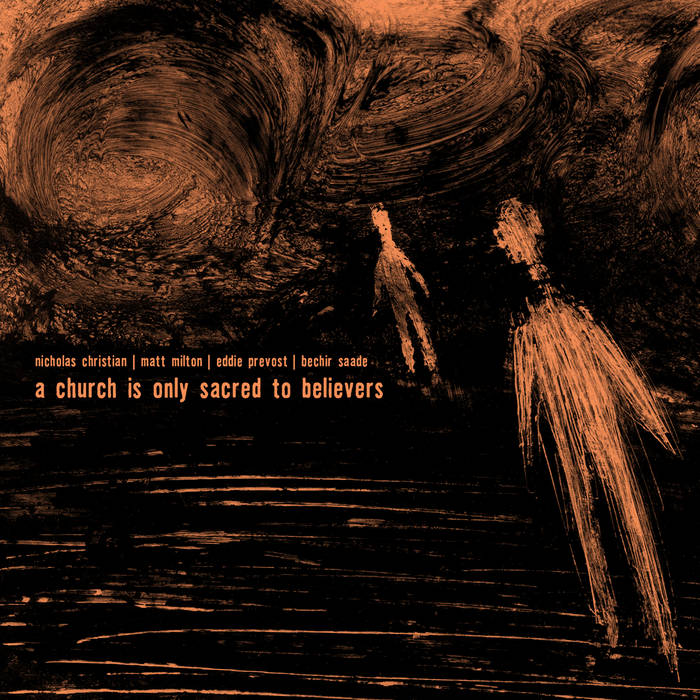 In 1999 I took part in the Guelph Jazz Festival Colloquium in Ontario, Canada. During this festival I presented a key-note talk, played some drums and presented some ideas in a music 'clinic'. After my practical demonstration and discussion with the audience, LaDonna Smith a violinist and an improviser of long-standing, enquired whether I offered this 'workshop' practice on a regular basis. To which I replied that I did not. To which she responded by saying that I should.
On the long flight home from Canada to England I began to reflect upon LaDonna's words. And, finally I resolved (given I was reaching a — let us say — maturer period in my life) that such an initiative might have some merit. I made myself the promise that I would start a workshop devoted to improvisation with an emphasis upon what I think of as an 'experimental' kind. The promise included the caveat that I would continue to do this until people stopped coming. With the initial help of the London Musicians' Collective I found a place to hold a weekly session in central London and, mostly through the grape-vine, people began to arrive. Nine years later they are still coming. And, I suppose it means that I will have to continue.
But contrary to whatever vision I had of any outcome, the experience of being involved in the Friday night improvisation workshop in London has produced innumerable, unmeasurable and unexpected outcomes. Not least being meeting with some very remarkable people. For at the date of this CD, some three hundred people have been to this workshop, representing over twenty different nationalities. So, it is not particularly surprising that half of this ensemble are non British. Bechir Saade is from Lebanon and Nicolas Christian is from France. What is surprising however, is the seriousness of the engagement. For in this most informal and fragile of musical forms, in which the musicians are searching and simultaneously reviewing new sounds and new configurations and responses, it would be a surprise if there were no doubts about this practice and numerous failures. But of course, negotiating failure (whatever that might be!) can be the route to other kinds of success (whatever that might be!).
One thing of which I do feel certain however, is that in an enquiring and open-minded engagement, of the kind that characterizes improvisations such as on this CD, requires the development of an unconventional intelligence. In the looking for new sounds and new musical (and social) relationships the mind accesses (and maybe thereby enhances) a cognitive fluidity. For to make music of meaning for the moment the musician has to go beyond what is understood as the 'musical'. Paradoxically, the 'notion of music' is perhaps an inhibiting factor in making music. Music for the world at large had perhaps become a fixed idea and often institutionalised. Possibly forms of music have become kinds of a church that is subtly alluded to in this title for the CD. Whether or not we too are creating a church may be an open question. Certainly the way we work, individually and together, suggests and encourages methods and an ethos very different from any other kind of music I know of. If it is becoming 'a church' (and co-incidently the weekly London workshop takes place in the school room of a Welsh Chapel), then it is extremely open and tolerant of all approaches. All that it seems to abhor is unthinking responses and intolerance itself.