Much Remains To Be Heard 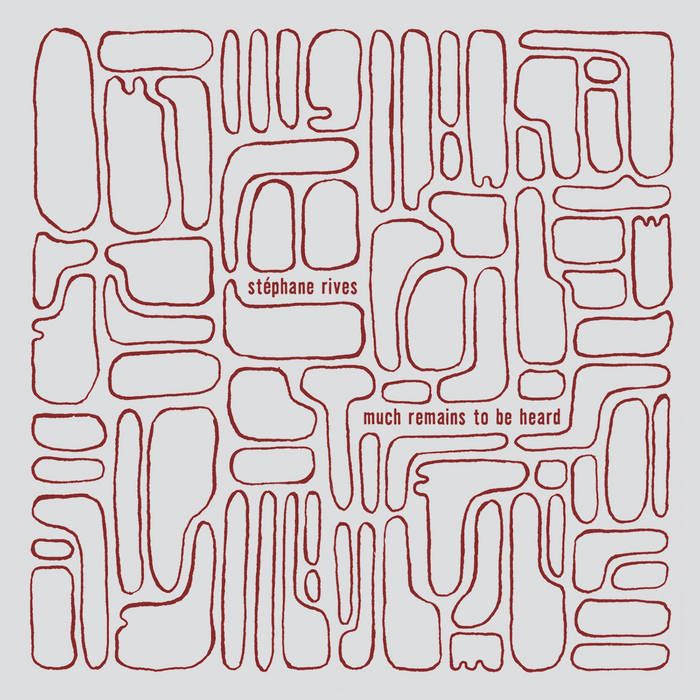 On my first solo record, "Fibres", the physicality of sound - meant in both dimensions of physics and corporality - made the listener instantaneously captive of the predominant high-pitches, the density of the textures and the stretched durations. It offered to hear a work in progress, where the assumed presence of labour took part in the process of the music itself, putting in question the very act of listening by forcefully imposing its occupation of place and time. For instance the process created by the combination of mechanical and acoustic factors proper to the saxophone could bring the totality of desired random events, but paradoxically also had the negative effect of constraining the sound field into a space that is very difficult to mould. Guided by this paradox, I was first drawn towards extending the duration of the solo to exhaust it's intrinsic possibilities, but the repeated experience of live situations lead me to a transformed problematic. This new solo presents itself less as a continuity of Fibres, but rather as an "introspection" of the elements present there, emancipated from their agglomerated state. The progressive discontinuous density of this piece gives silence a its role of quasi existential questioning yet liberating the listener from its apparent formalism, allowing him to relocate his listening in a space and a temporality that is his own. This autonomy pushes, I believe, towards an increase of tension and expectation. This solo is neither an improvisation nor a composition. The sound elements created through improvising are not ordered according to a premeditated composition, but rather by a shaping of intuitions derived from concert experiences. The piece was built in a natural and continuous equilibrium where sounds seem to generate one another within their structural components - intensity, dynamics, duration, stability, thickness...

All music by Stéphane Rives