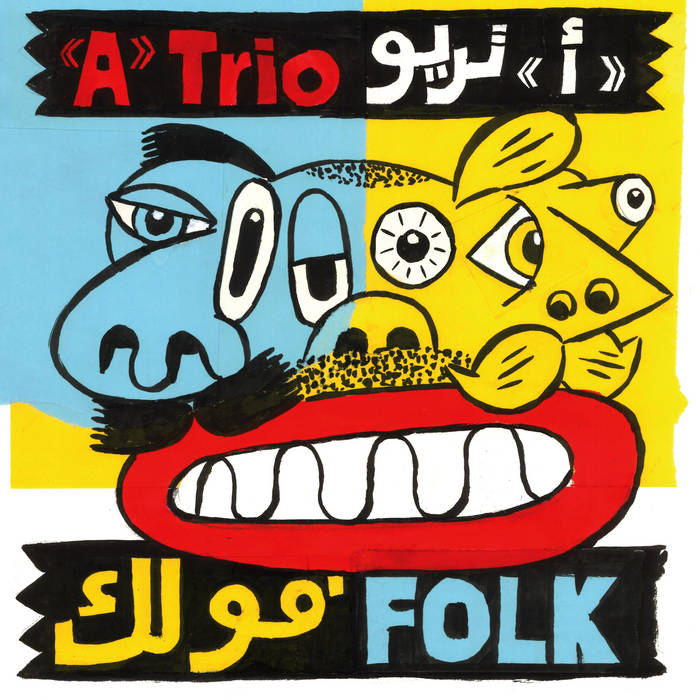 "A" Trio is the oldest free improvisation group to come out of Lebanon. It was formed in 2002 by Mazen Kerbaj (trumpet), Sharif Sehnaoui (acoustic guitar), and Raed Yassin (double bass), initially to perform a single concert for the second edition of experimental music festival Irtijal in Beirut, Lebanon. Following the concert, the three musicians went on to record the first free jazz album to be produced in the Arab world (A – La CDthèque Productions, 2003). As time went on, the music they created moved away from its jazz roots towards a more textural approach, relying strongly on prepared and extended techniques in an effort to heavily divert their respective instruments. After working together in trio and various other contexts for many years, Kerbaj, Sehnaoui and Yassin reached a characteristic sound that has been fondly described as “textural swing.” Creative yet simple, acoustic yet powerful, their live performances are playful and rely on a strong visual component.

"A" Trio celebrated its 20th anniversary in 2022, embarking for the occasion on a tour that saw them perform in various parts of Europe and North America in Spring 2022. The trio is releasing two new albums in Fall 2022: a live recording entitled 'The Binding Third' for German label Unrock, and this current set of brand new compositions entitled FOLK for Lebanese experimental label Al Maslakh.

Clocking in just below 40 minutes, this new release preserves many of the elements developed by Kerbaj, Sehnaoui and Yassin over the years, both as a trio and in their respective solo practices. Yet Folk also draws from their multiple collaborations with musical collaborators as diverse as celebrated Australian jazz trio The Necks, American folk outlier Alan Bishop (of Sun City girl fame), and more recently British free improv pioneers AMM.

To celebrate the release of this new album, "A" Trio is embarking on yet another European tour in September 2022. More details can be found here: bit.ly/3wLXfZw

All music improvised by Kerbaj/Sehnaoui/Yassin.
No cuts, no overdubbing, no use of electronics.